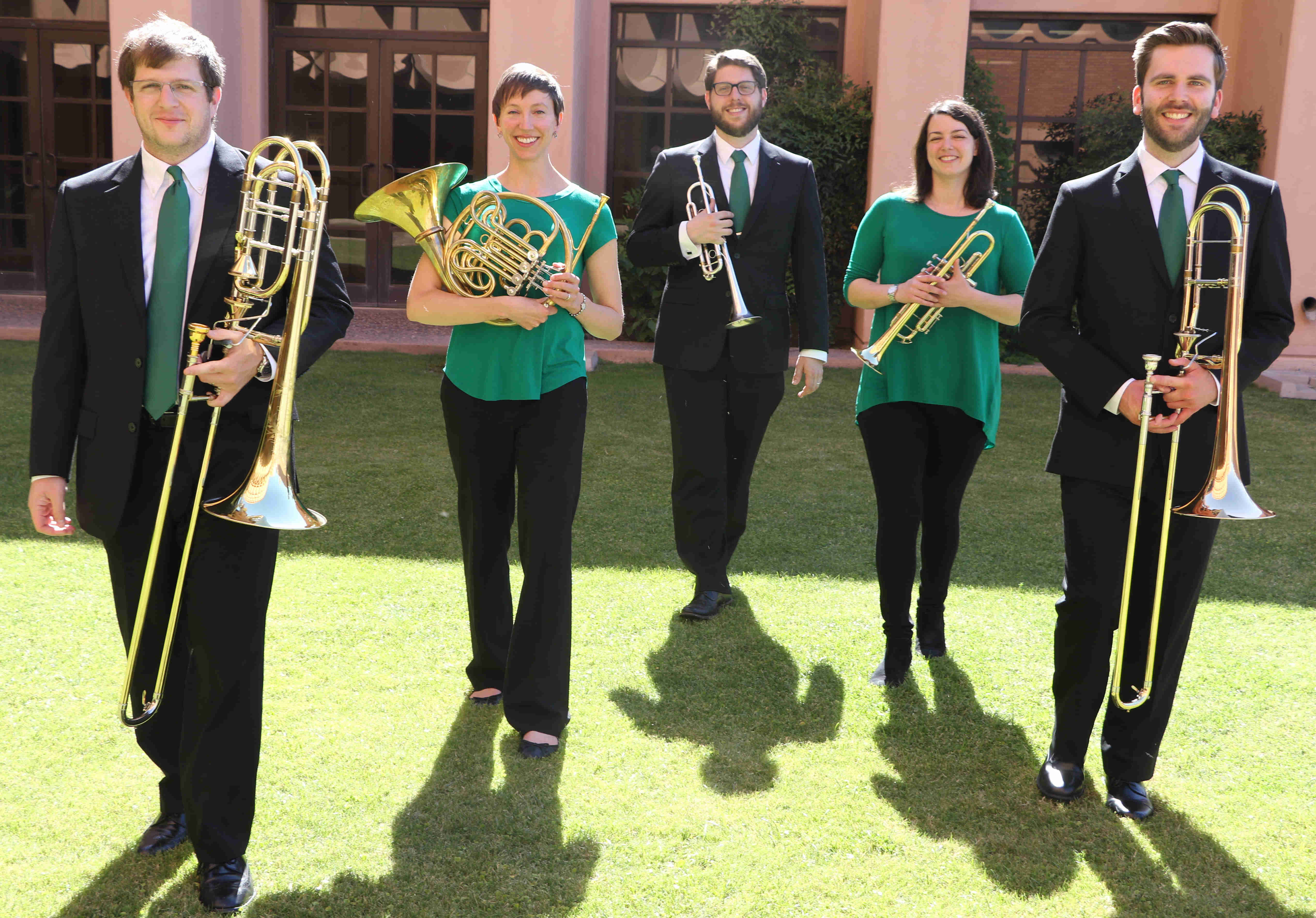 Named after the galaxy nearest our own, Andromeda Quintet provides adventurous listening experiences for audiences of all ages. The group brings together five of Boston's most dynamic musicians and educators. They have performed across the United States at venues including the International Women’s Brass Conference, and the College Music Society Northeast Regional Conference. The quintet was recently featured on the All Newton Music School faculty recital series, and they have also produced and performed a number of outreach and educational programs.

Andromeda is committed to excellence, while exploring the expressive and technical possibilities of the brass quintet medium. Highlights of the 2020-21 season include concerts through the Music Performance Trust Fund, and the Brockton Public Library. 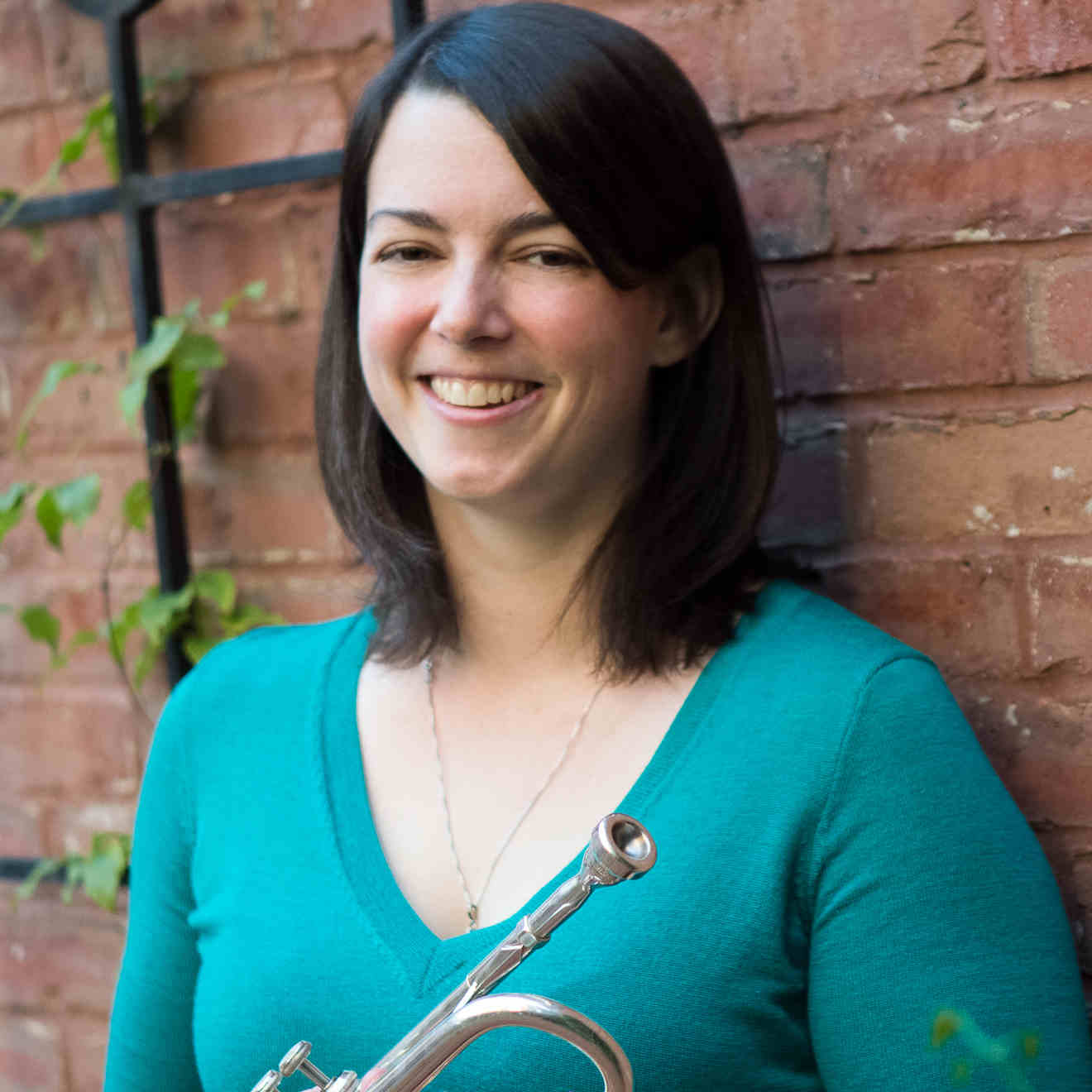 Kathryn Driscoll graduated from the New England Conservatory of Music with a Bachelor of Music and a Graduate Diploma in Music Performance. She was a student of Thomas Rolfs, Michael Martin, and Benjamin Wright of the Boston Symphony Orchestra. In 2012, Kathryn earned a fellowship at the Tanglewood Music Center. As a coach and player with the Boston Youth Philharmonic Orchestra, she traveled extensively throughout Europe, and has spent time in Japan teaching and mentoring young performers. Kathryn has a special interest in working with children, and has been teaching private lessons for the past few years. She remains an active freelance performer, and has worked with groups such as the Boston Symphony Orchestra, Boston Pops, Boston Philharmonic Orchestra, Sarasota Orchestra, and the Discovery Ensemble. 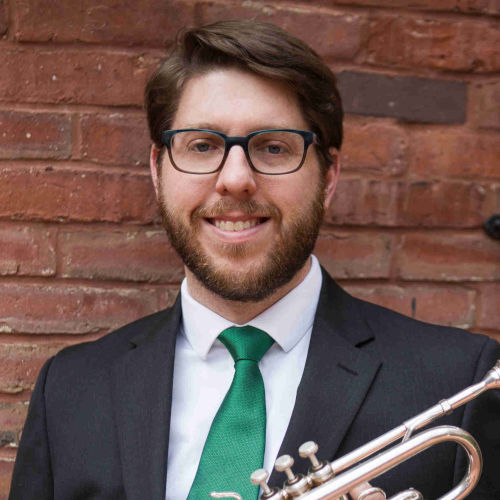 Dr. Ryan Noe is a freelance trumpeter throughout New England. Currently he holds the position of Principal Trumpet for the Glens Falls Symphony as well as Third Trumpet with the Cape Ann Symphony. As a chamber musician Dr. Noe is a member of the Fenway Quintet and has also performed with the Boston University Faculty Brass Quintet, the Bay View Brass, Bala Brass, and the Western Brass Quintet. As an orchestral musician he has performed throughout New England with groups such as the Cape Cod Symphony, Symphony Nova, New Bedford Symphony, Boston Chamber Orchestra, Phoenix, Alea III: Contemporary Music Ensemble, MetroWest Opera Company, and the Commonwealth Lyric Theater.

In 2014 Dr. Noe was a Semi-Finalist for the National Trumpet Competition Graduate Solo Division and in 2012 he was apart of the Boston University Trumpet Octet who performed as Semi-Finalists at the National Trumpet Competition. In the summer of 2011 he performed as a pit orchestra musician for the Ohio Light Opera in Wooster, OH. Dr. Noe moved to Boston, MA in 2009 when he began his Master of Music degree from Boston University. He continued with his Doctor of Musical Arts at Boston University completing it in 2015. While at Boston University he has studied with Terry Everson, Thomas Siders, and Peter Chapman. Prior to moving to Boston, Dr. Noe lived in Kalamazoo, MI where he completed his Bachelor of Music degree from Western Michigan University. At WMU he studied with Professor Scott Thornburg and double majored in Trumpet Performance and Music Education. Dr. Noe is originally from Plymouth, MI. 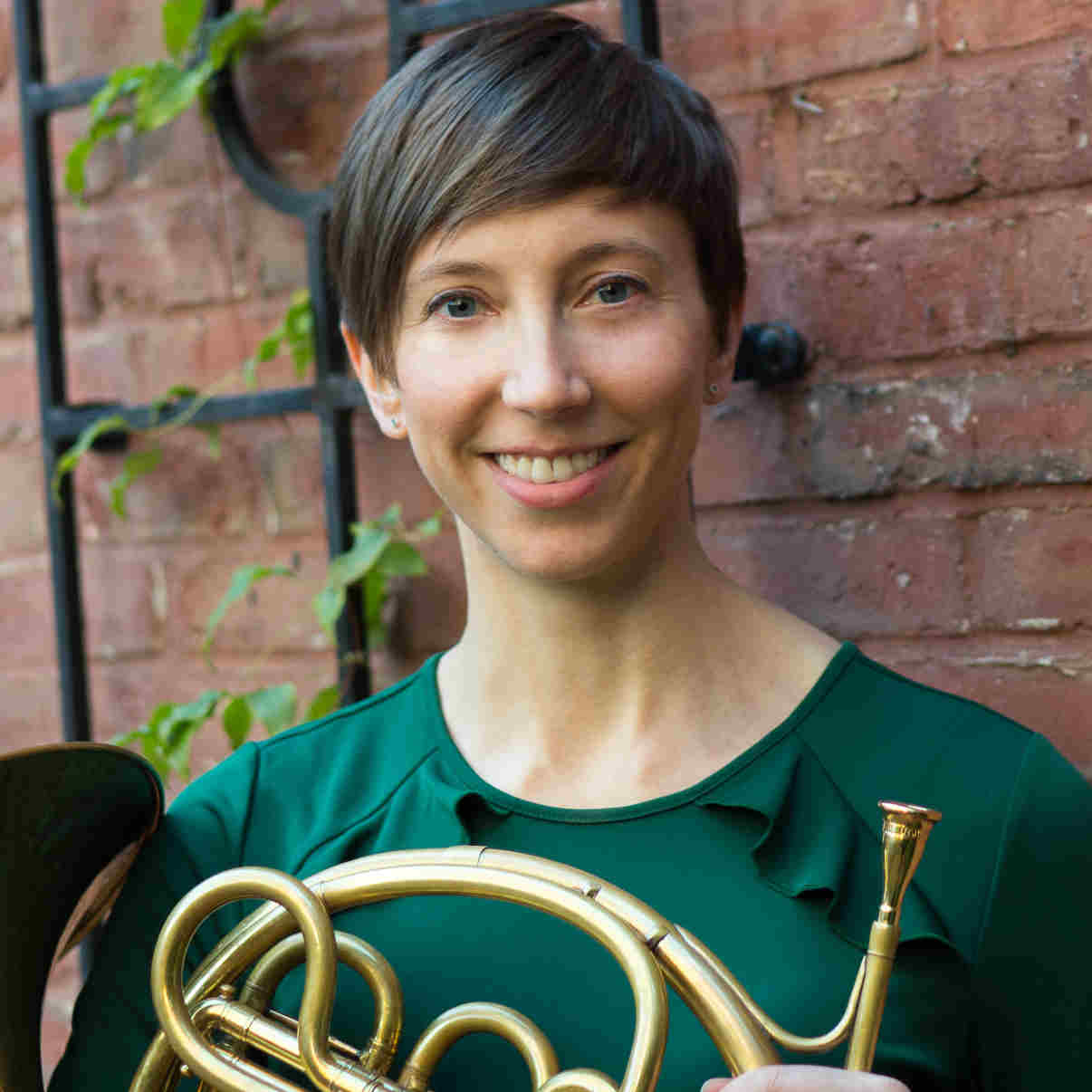 Marina Krickler is a sought-after musician and educator throughout New England. Hailed for her “soaring… warmly played” solos (Boston Classical Review), she performs extensively with many of the region’s ensembles.

Currently Fourth Horn with the Plymouth Philharmonic Orchestra, she has also performed with A Far Cry, the Canadian Opera Company, and the Vermont Symphony Orchestra. In addition, she has appeared with the period ensemble Grand Harmonie. Her recent solo work includes performances with Haffner Sinfonietta, and Symphony Nova.

Ms. Krickler enjoys teaching students of all ages, and has presented masterclasses in both the United States and Canada. She holds faculty appointments at the All Newton Music School, Dana Hall School of Music, and Wellesley Public Schools.

Originally from Calgary, Alberta, Ms. Krickler spent her formative years playing piano and flute before being drawn to the horn at the age of sixteen. She holds a Master of Music in Performance from The Boston Conservatory, a Bachelor of Music in Performance from the University of Toronto, and a Music Performance Diploma from Mount Royal University. Her teachers and mentors have included Joan Watson, Eli Epstein, Gabe Radford, and Laurie Matiation. In addition to her formal education, she is an alumna of the National Academy Orchestra, the National Arts Centre Young Artists Program, and the National Youth Orchestra of Canada. 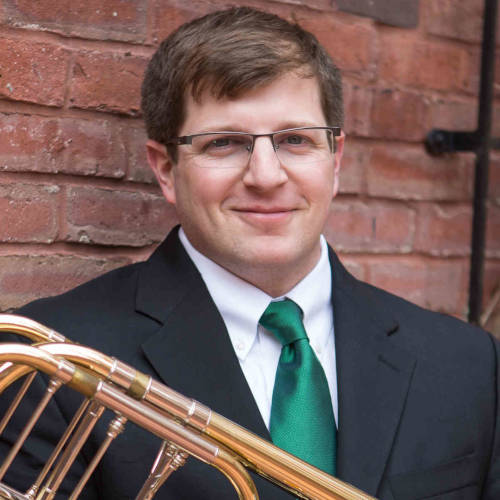 He is an active freelance musician in the greater Boston area and has had the privilege to perform in venues such as Boston’s Symphony Hall and Jordan Hall, Worcester’s Mechanics Hall and New York’s Carnegie Hall, as well as venues in Spain and Portugal including a performance in the prestigious Granada Festival in Spain. Matthew has been asked to perform with the Memphis Symphony Orchestra, the Memphis Jazz Orchestra, the Louisville Orchestra, the Kentucky Opera Orchestra, the Louisville Ballet Orchestra and the Jackson Symphony Orchestra in Mississippi and in Tennessee. He has also been selected as a participant for the Cleveland Trombone Seminar, the Pokorny Seminar, and the Rafael Mendez Brass Institute. He has also given numerous master classes at many high schools, churches, colleges, and instrumental workshops. 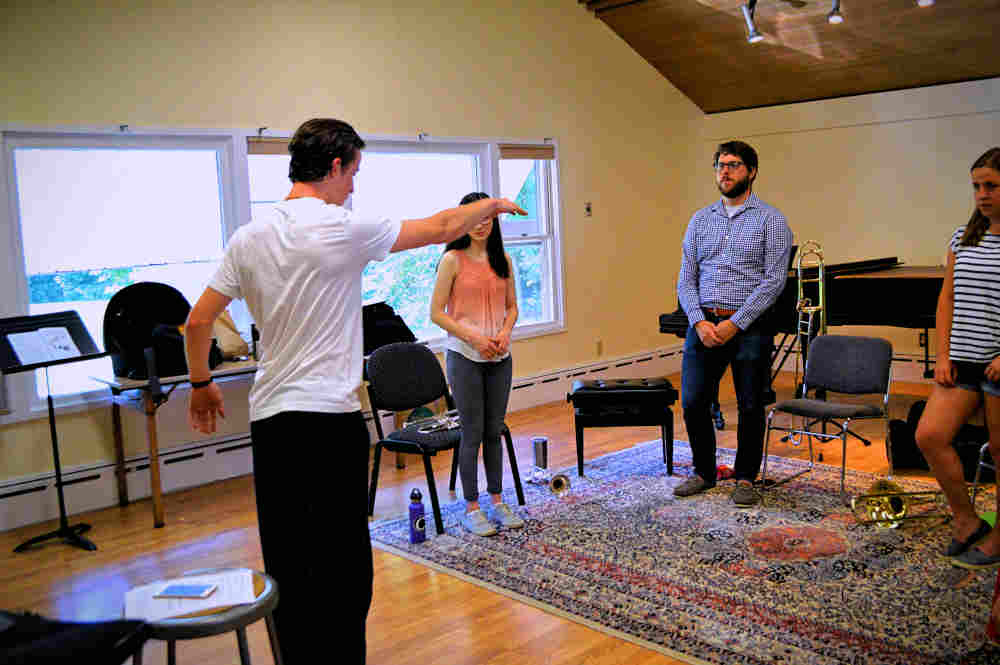 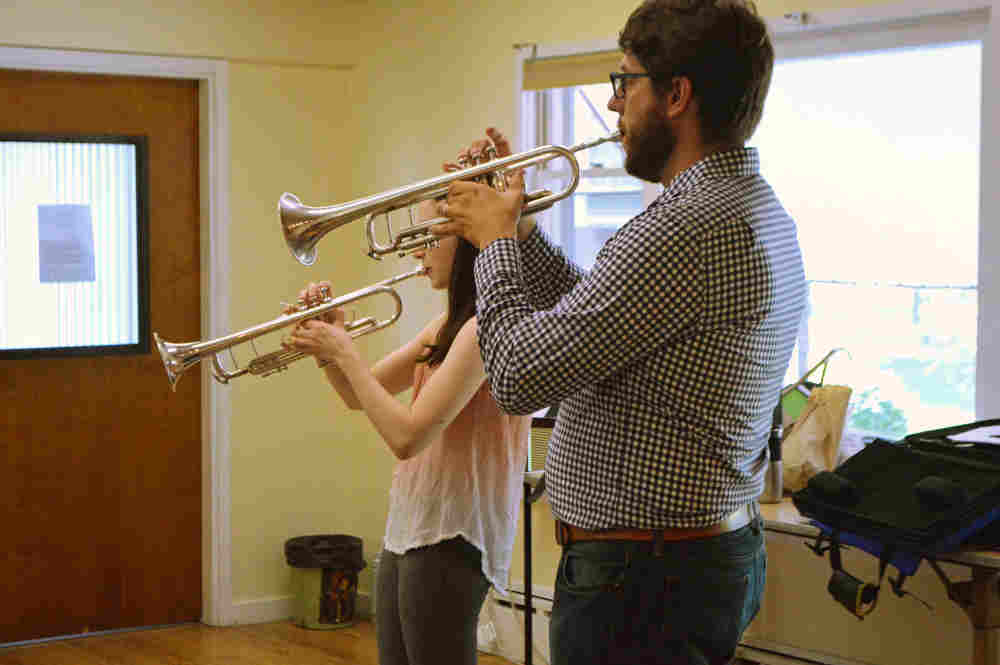 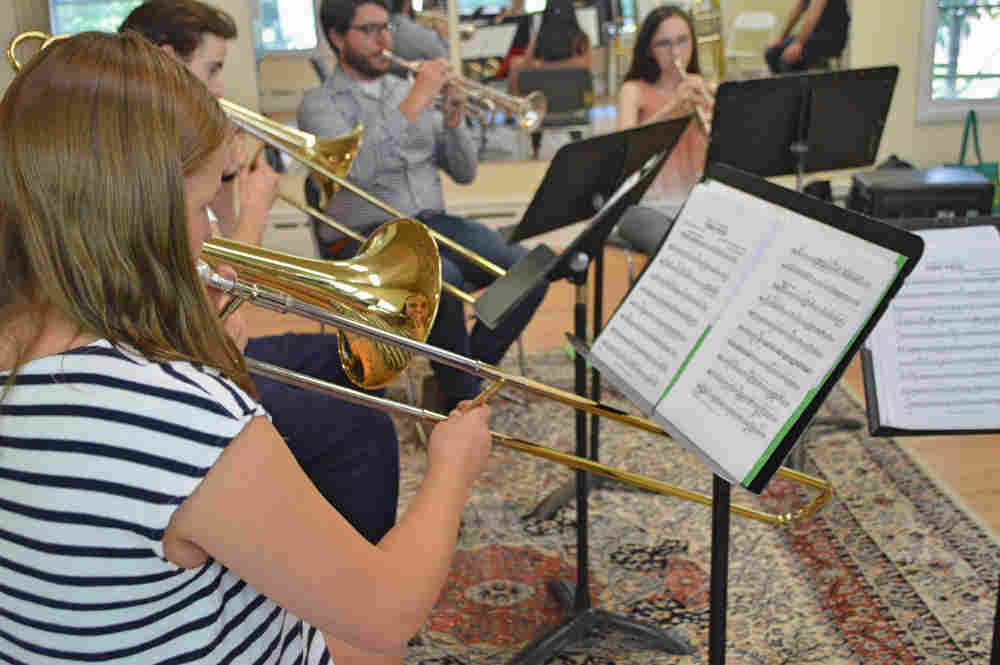 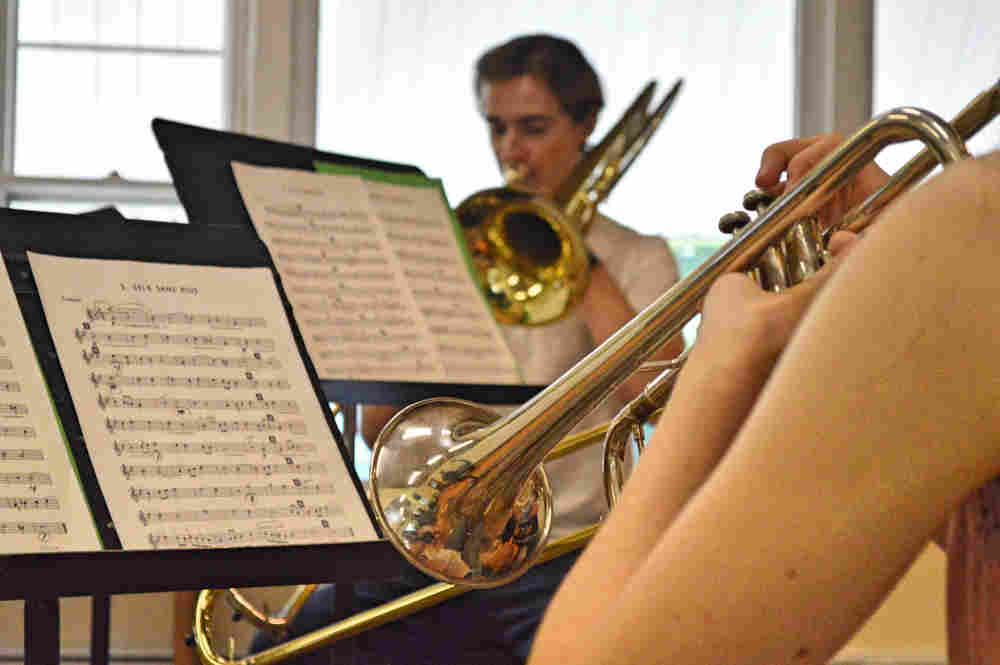 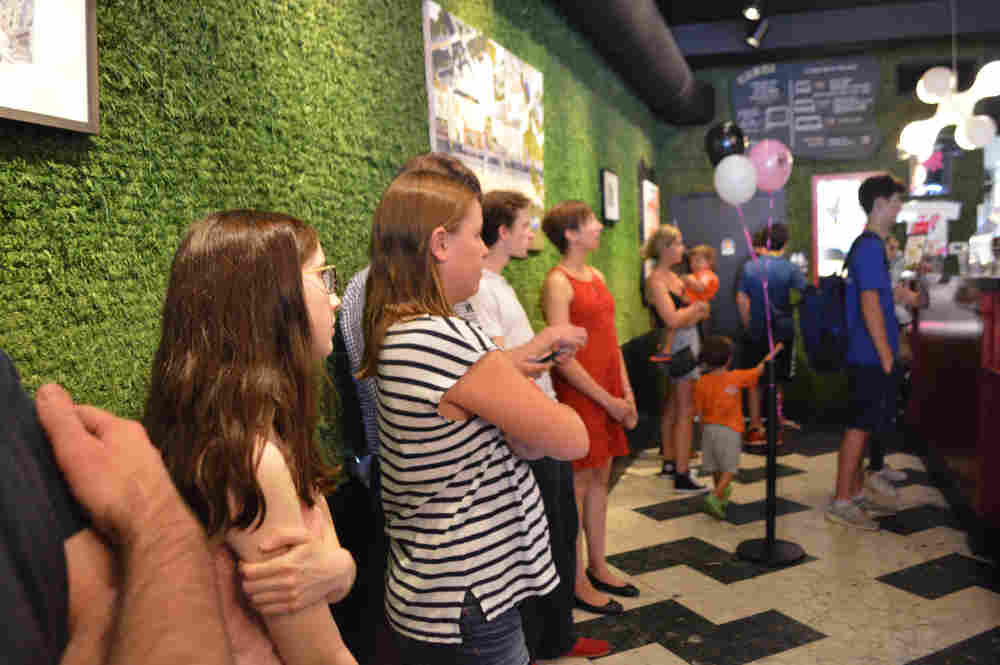 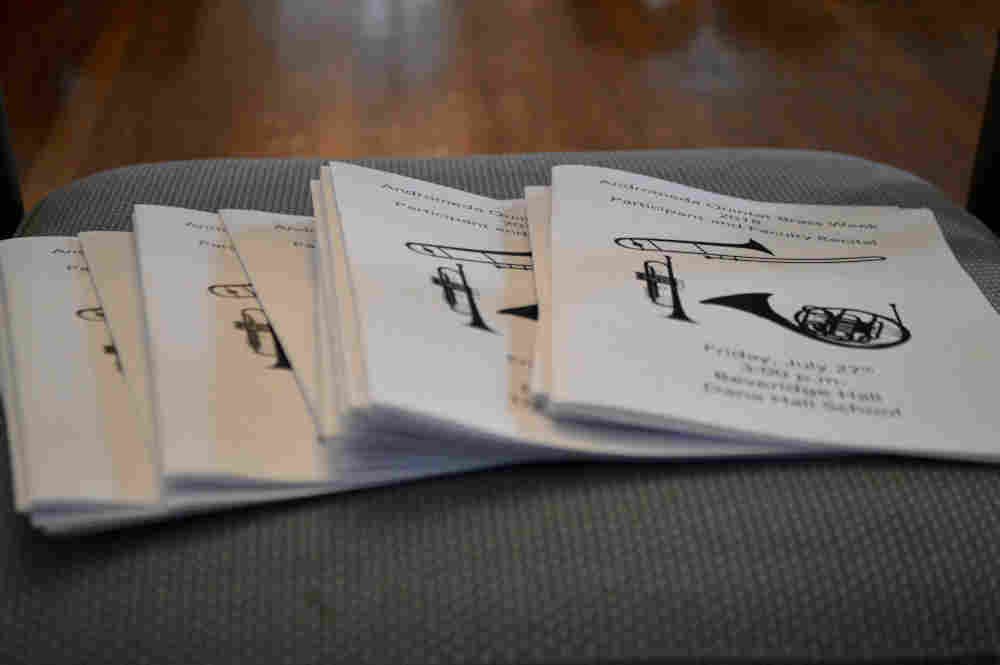 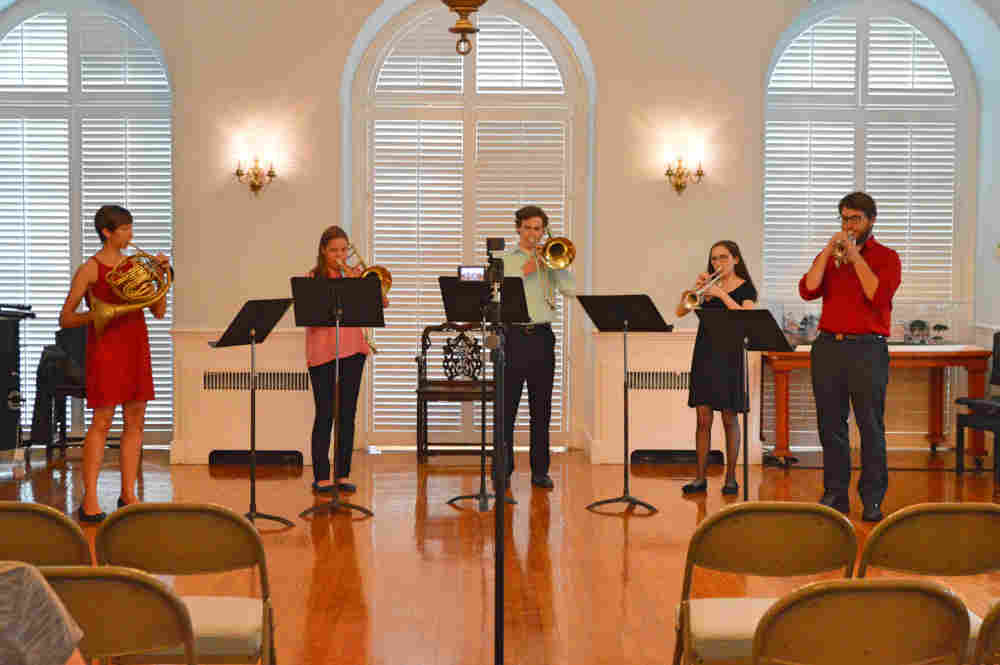 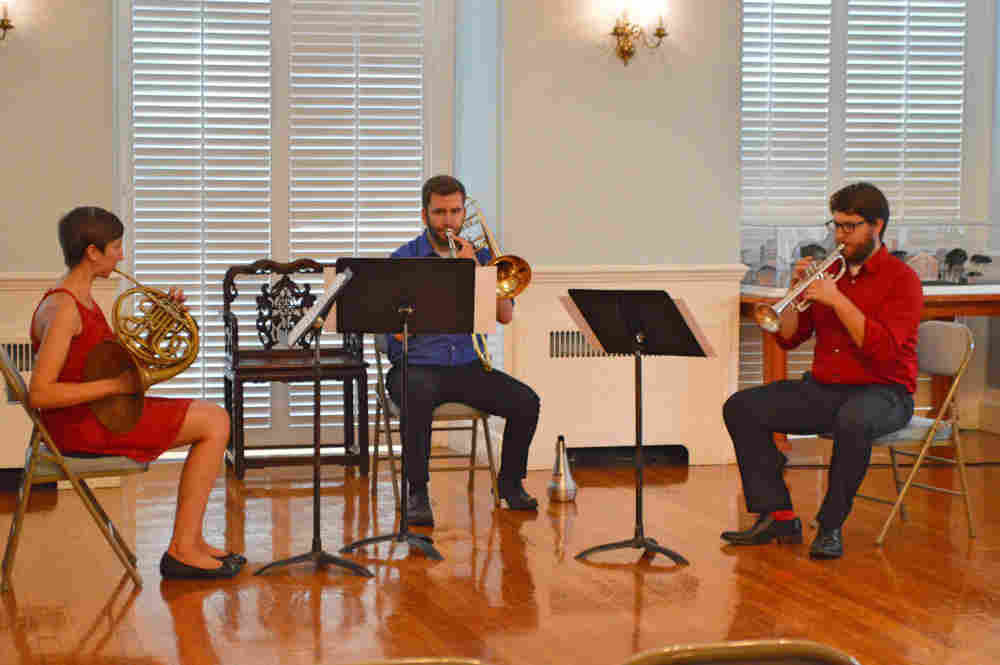 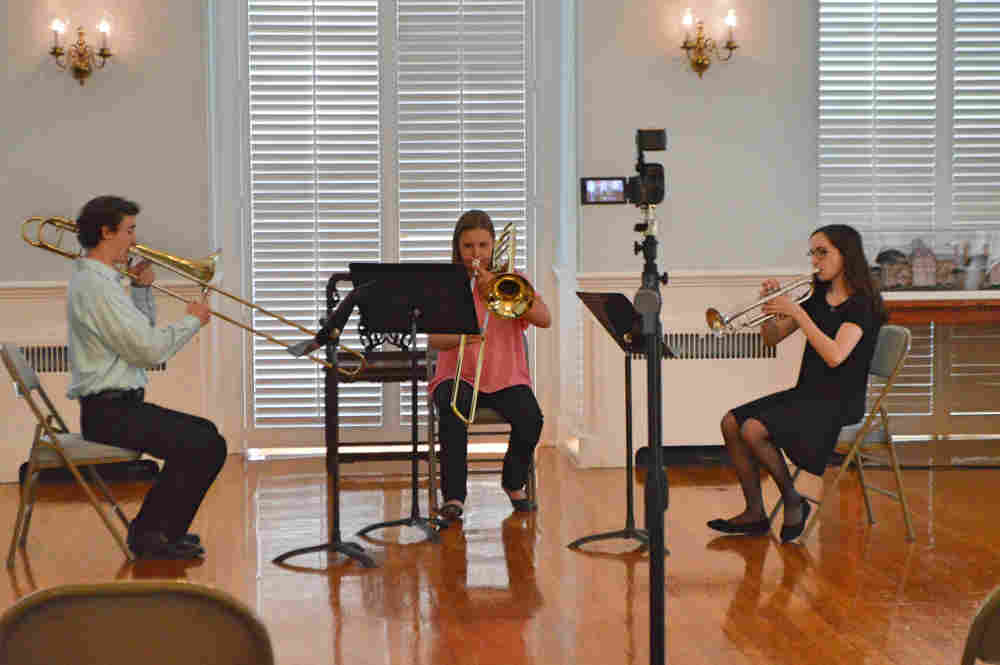 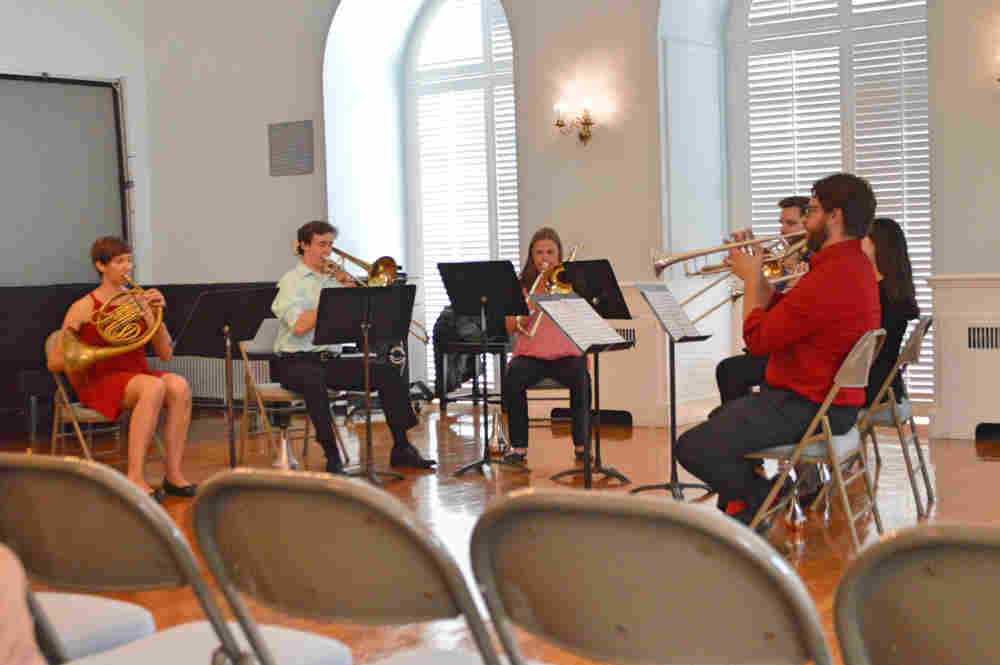 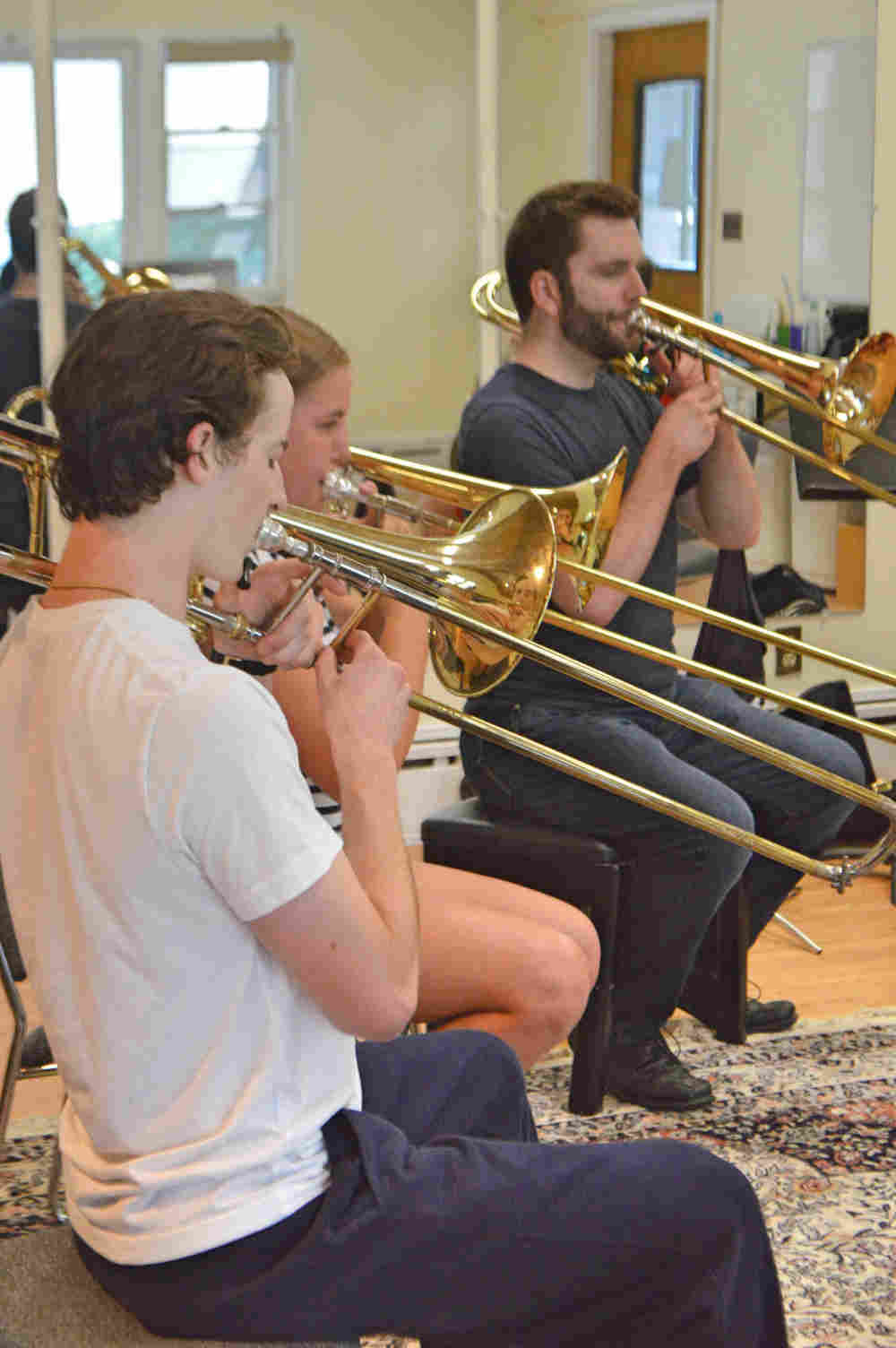